Chesty served in the United States Marine Corps 11 years and obtained the rank of Staff Sergeant. He is a current Law Enforcement Officer and is a S.W.A.T. Operator / Sniper. Chesty lives by the Marine Corps motto Honor, Courage and Commitment. 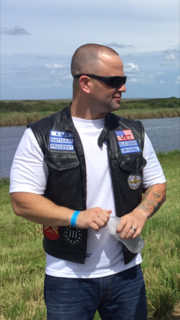 ​Former U.S. Marine Ka-Bar has dedicated his life to serving his country and community. He served 8 years in our beloved Corps and led from the front as a Sgt of Marines. After the Corps Ka-Bar missed the brotherhood and comradery. So with the love of motorcycles and the loyalty of brotherhood he established the Blue Demons MC LE in 2015.

SMO-KING HAS BEEN A POLICE OFFICER IN MIAMI, FL SINCE 1998. HE IS CURRENTLY A MOTORMAN AND HAS 16 YEARS OF RIDING EXPERIENCE. HE IS ALSO A STUNTMAN/ACTOR PLAYING ROLES IN BURNOUT AND OTHER HOLLYWOOD FILMS. SMO-KING LIVES HIS LIFE TO THE FULLEST EVERYDAY AND ENJOYS RIDING BOTH FOR WORK AND FOR FUN.. 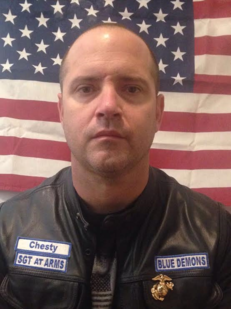 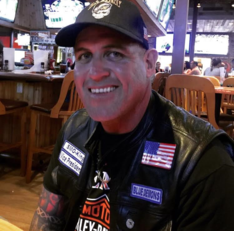 Meet Our National Executive Board